Written and directed by Dylan Shield and Rebecca Glover 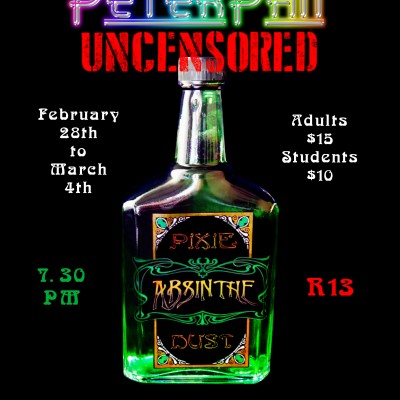 We kicked off our 2017 season with a cheeky wee number just in time for O-Week! "Peter Pan UNCENSORED"was in the same popular vein as our 2012 performance of "A Very Potter Musical". With an original script and songs by local writers, we were thrilled to have many returning cast and crew members from our 2012 Potter production joining us for this strictly R13 comedy show.